At the core of this concept is a desire to make the Kobe Marathon into an event for expressing gratitude to the people and regions, local and overseas, who reached out to Hyogo and Kobe right from the recovery from the 1995 Great Hanshin Earthquake and on up to the present day.

The attitude of Hyogo and Kobe, which achieved a creative recovery, and the work providing the experience and lessons of the earthquake to disaster victims all over the world are based on the fact that we are all linked together and the conviction that we all share in joy and sadness.
The desire to make this an event where visitors to Hyogo and Kobe encounter the utmost hospitality is also based on the awareness that we are all linked together.

The idea is to turn this into a marathon where runners are not just participating for themselves but for victims of disaster both in Japan and abroad. We want to make this an event that is not just about running but also about enjoying the attractions of Hyogo and Kobe.

Our intention is to make this an event that turns the power of the Kobe Marathon into something even greater and reaches out to the people and regions in Japan and overseas who have suffered terrible loss and damage in natural disasters.

Various links — based on the theme of disaster recovery— have been built up over the past four Kobe Marathon events.
But the 5th marathon is a junction for taking us toward a future in which the Kobe Marathon will evolve into a unique urban citizen marathon.
Taking “person and person,” “present and future,” “culture and culture,” “city and city,” and the spirit of “thank you” to the next generation.
The Kobe Marathon is moving on to the next step, taking with it all involved — doers, watchers and supporters. 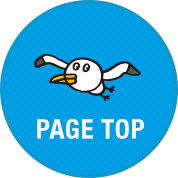